News Tag
We Introduce What Is Tapping And Its Tool, Learn About Programming Of Tapping On Cnc Lathe And How To Tap On A Lathe, As Well As The Difference Between Tapping And Threading.

Knurling is widely used in applications and objects from daily life to the mechanical industry. How is knurling done? And how to use a knurling tool? To figure out the CNC knurling tool, we have explored the knurling tool definition, types, usage, and instructions. 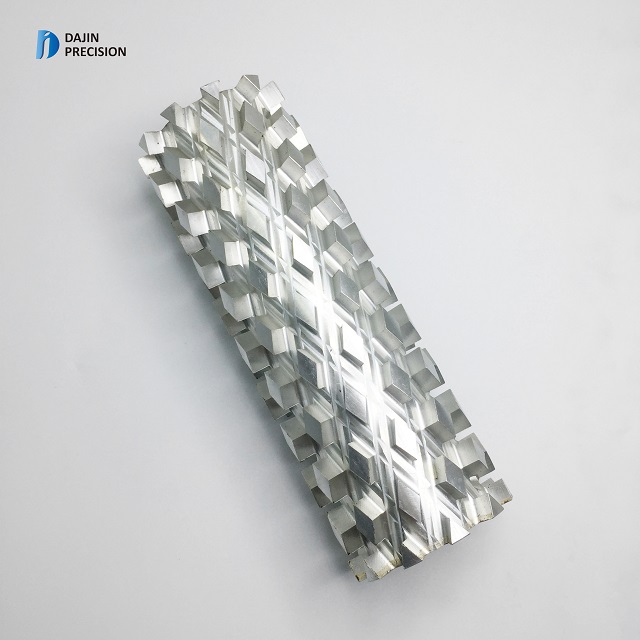 A knurling tool is a manufacturing and repair tool on lathes to produce straight, diagonal or diamond patterns, which presented as teeth of uniform pitch on the exterior of the workpiece. The diamond pattern is also called the cross pattern. Angular (diagonal) patterns can be left hand or right hand.

The knurling tool is used to press or impact regular patterns onto a round section of the machined parts for gripping or aesthetic purposes, to provide a patterned handle for better grip or serration surfaces where components are locked or keyed together in unit assemblies.

Knurling tools can be divided into various types. The tools refer to the toothed steel wheels, rolls or knurls.

- Internal knurling tools: can knurl up to a depth in the workpiece according to the toughness of the material

- Straight knurling holder: solid and have one wheel

How Does Knurling Work?

Set the chunk on the lathe rotates at low speed, make the knurling tool press against the rotating steel and then increase the pressure slowly until the pattern is done. When the saddle automatically moves along with the bed, the knurled pattern is formed onto the surface along its length, if the reciprocating motion of the lathe is stopped and then reverse, a diamond pattern will be made. The motion of the knurling tool is moving from the start position to feed in with a length of the knurl to retract with a distance of part diameter to return to start point.

Knurling is a special machining operation, it's metal forming action can be done manually or on CNC lathes, while not a cutting operation. CNC knurling tools act on the parts will produce depressions or indentations on the surface of the part when it is moving along the horizontal axis. Modular tools with interchangeable heads are recommended for CNC knurling.